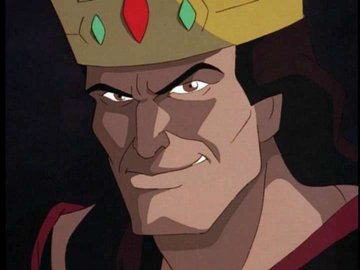 Constantine III was a male human and the King of Scotland from 995 to 997.

Constantine was the son of King Culen of Scotland, born in 971, the same year that Kenneth II overthrew his father. Kenneth spared Constantine's life, and let him grow up at court, unaware of the young man's true nature. Constantine hungered for the throne, and by 995, was already prepared to seize it. He had already gathered a body of supporters, and next plotted the murder of King Kenneth. 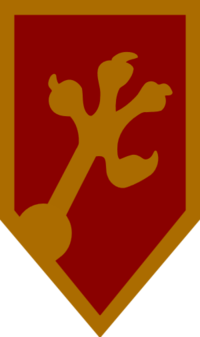 Constantine began courting the Lady Finella, whom Kenneth had fallen in love with, and duped her into believing that he really did love her. He persuaded Finella to tell the King quietly, in the drying-house, that she wished to marry Constantine instead of him, and then took Kenneth by surprise, murdered him, and seized the throne. To secure his claim all the better, he decided to force Princess Katharine to marry him, using the gargoyle eggs in her charge as hostages. The Magus, Finella, Tom (who along with Finella had witnessed King Kenneth's murder), and Mary helped the Princess and the eggs flee to Avalon, after which Mary and Finella, who was eager to foil Constantine's schemes after discovering how she had been used by him, took the Grimorum Arcanorum into their possession, to keep Constantine and the sorcerers in his employ from obtaining it and reaching Avalon. ("Avalon" Part One)

Upon discovering Katharine, her cohorts and the eggs had escaped him, he initiated a plan to eradicate all the gargoyles from Scotland. His father's defeat due to an alliance with the Wyvern Clan played a part in this decision. 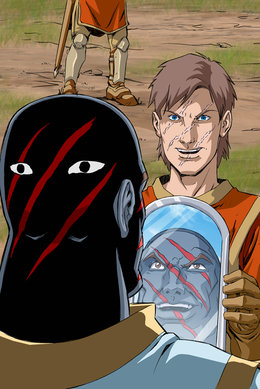 Meanwhile, Constantine's men pursued Mary and Finella while he enacted an alliance with the Irish to crush the armies of Kenneth III, Maol Chalvim, and Findlaech. He brought Maíl Brigti and Gillecomgain into his service, as well as allied with the sorcerer, Brother Valmont.

As they prepared for war, Constantine shaved his head and, inspired by Gillecomgain's scars, he covered his head in black war paint and painted three scars across his face, and eyes on the back of his head, a look that would later inspire the Hunters.

During the Battle of Rathveramoen, Constantine dueled with Kenneth III while threatening death towards his son, Bodhe, and inspired Gillecomgain to "be a Hunter for your king." In the end, Constantine was slain, but not before, ironically, warning Kenneth III of Maol Chalvim's own ambitions to become king.

Constantine III was a real Scottish king, although it is uncertain whether he actually did murder Kenneth II or merely took advantage of his death to become King of Scotland. His parentage and dates in Gargoyles are historically accurate. He is also known as "Constantine the Bald" - a trait that finally entered "Gargoyles" in "Tyrants" when he shaved his head.