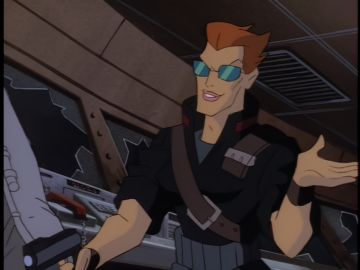 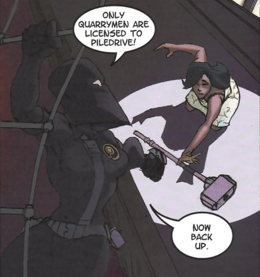 Fleance, along with Banquo (whom she once dated) [1], assisted Macbeth in at least two of his activities: stealing the Scrolls of Merlin, and aiding him on his quest for Excalibur. ("A Lighthouse in the Sea of Time", "Pendragon") They also were present at his wedding to Dominique Destine in Paris. ("Sanctuary") Fleance and Banquo are aware of Macbeth's true identity as the Macbeth.

Fleance is a human woman. She is muscular and somewhat acrobatic. She is capable of flying various aircraft.