Difference between revisions of "Fortress-2"

Fortress-2 is the second airship developed by Cyberbiotics, as a replacement for Fortress-1, following the latter's destruction by Demona.

Halcyon Renard used his personal fortune to help build it, and, believing that the destruction of Fortress One was partly due to human incompetence, decided to have it manned purely by Cyberbiotics robots (cybots). He and Vogel went on board the maiden flight, however.

Fox decided to sabotage the maiden flight, hoping to wipe out her father and thereby secure Cyberbiotics for herself; she corrupted Vogel with a substantial bribe and had him insert a virus into the robots on board the airship, causing them to run amuck and sending Fortress-2 into a direct collision course with the Cyberbiotics Tower. Fortunately, Renard and Goliath managed to prevent the disaster, with some help from a repentant Vogel. ("Outfoxed")

After its maiden flight, Renard made the effort to replace many, but not all, of the cybots crew with people. [1] Renard and Vogel later used Fortress-2 to battle Oberon during the latter's attempt to abduct the infant Alexander. They managed to avoid the effects of Oberon's sleep spell having entered into the city mid-battle and by employing an energy field around the ship's bridge. [2] Oberon finally forced the airship down in an icestorm, although Renard and Vogel managed to land it safely in Central Park. ("The Gathering" Part Two)

After its crash in Central Park, it remains uncertain if Fortress-2 will fly again. [3] 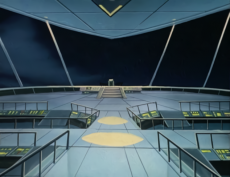 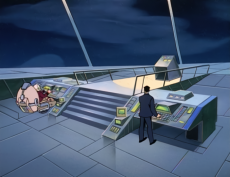 Renard and Vogel at the controls 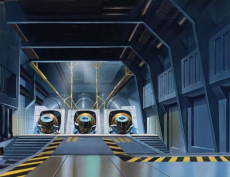 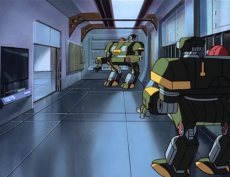 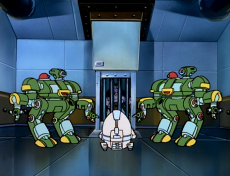 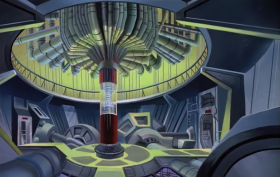