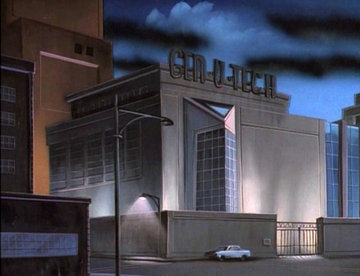 Gen-U-Tech Systems is a division of Xanatos Enterprises that specialises in genetic engineering. Its headquarters is located in New York City. [1]

Gen-U-Tech Systems has had in its employ Doctor Sevarius, and Vinnie. The first four mutates were created there and presumably Thailog was grown there as well.

Security increased after Sevarius was kidnapped by Goliath as well and later again after Broadway and Lexington broke in and learned about Thailog. [2]