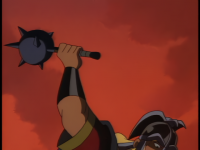 Constantine III and Gillecomgain were armed with maces when they destroyed the Sruighlea Cell of Demona's Clan. Duncan would later arm himself with one when he destroyed several members of the Lunfanan Cell. 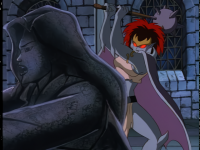