The NECA Action Figures are a series of action figures based on Gargoyles that are being released by NECA in 2021. 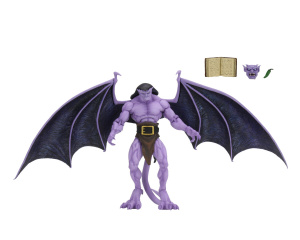 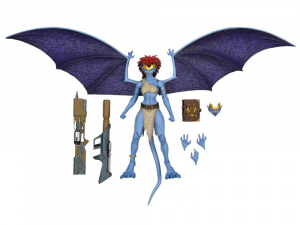 The second figure in the line, Demona features alternate portaits: a sly, scheming smirk, and a growling face with glowing red eyes. Clawed hands and weapon holding hands. She also features the Grimorum Arcanorum as seen when she acquired it in "Temptation" and "Phoenix". She also comes with two guns: the bazooka she nearly murdered Goliath with during their iconic confrontation at the climax of "Awakening Part Five" and the particle beam cannon she carried during "Long Way to Morning" and "Reawakening". 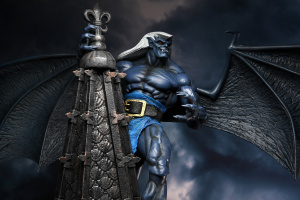