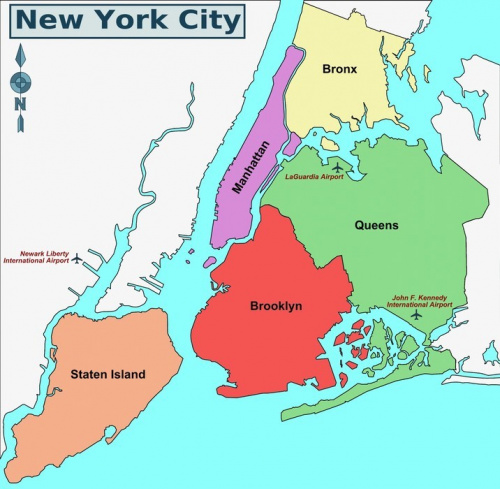 A map of New York City.

New York City is one of the most prominent cities in the United States, and the current home of Goliath and the Manhattan Clan, as well as the Labyrinth Clan and several million humans. It also serves as the backdrop for the greater part of their adventures (the chief exception being the Avalon World Tour).

New York City is made up of five boroughs: Manhattan, Brooklyn, Queens, the Bronx, and Staten Island.

As a side note, in the New York of the real world, there are more architectural gargoyles per square foot than anywhere else in the United States.