Difference between revisions of "Points" 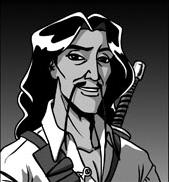 Points is a member of Falstaff's gang.

In Henry IV Part Two, Poins and Prince Hal spy on Falstaff and Doll Tearsheet as they dine together, in an echo of the Gadshill prank. After this scene, Poins disappears from the play, never receiving a formal rejection from Hal unlike Falstaff and the rest of his company.