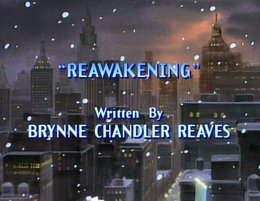 Coldstone appears for the first time. He is introduced in an early scene as one of the last gargoyles that Goliath spoke to before the Wyvern Massacre (before chasing the Vikings as shown in "Awakening Part One").

Travis Marshall and Officer Morgan have cameos in the episode, and Mr. Jaffe (who would reappear in "Eye of the Beholder" and "Protection") is introduced. Phil Travanti also appears at Times Square with Morgan and other police officers, although he has no lines of dialogue.