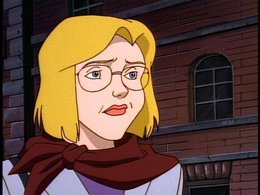 Sarah took her children and Terry Chung trick-or-treating on Halloween 1996, and she gave a passing glance at the two Quarrymen walking down the street in full regalia. ("Masque").