Difference between revisions of "Fortress-1" 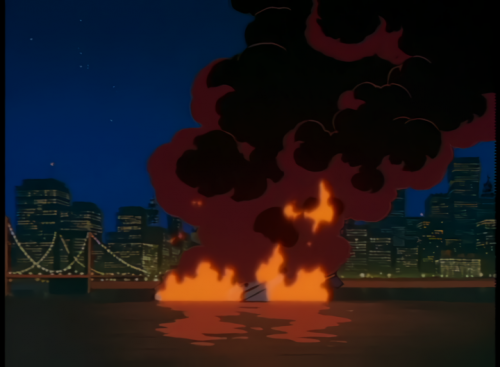 Fortress-1 was an airship built by Cyberbiotics and used as a base for scientific research, flying in a holding pattern above New York City.

When Xanatos duped the gargoyles into believing that Cyberbiotics had stolen three computer disks from him, Goliath and Demona raided Fortress-1 to "recover" one of these disks. Afterwards, Demona, ostensibly to keep the security forces on board from pursuing her and Goliath, but actually in order to kill as many humans as possible, destroyed the airship. Many of the crew members escaped Fortress-1's destruction, including Vinnie, but its loss was a serious setback to Cyberbiotics and Halcyon Renard. ("Awakening: Part Three", "Awakening: Part Four", "Awakening: Part Five", "Outfoxed", "Vendettas")