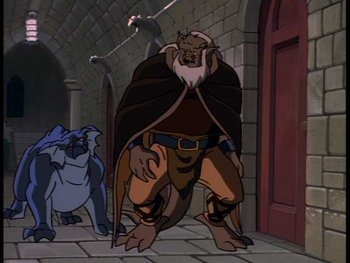 Aside from stone sleep, gargates are further distinguished by their glowing eyes and long reproductive cycles. The all lay eggs and nurse their young, which suggests a common heritage with early mammals. Both extant species exhibit a high level of intelligence.