Guardian of the Eggs 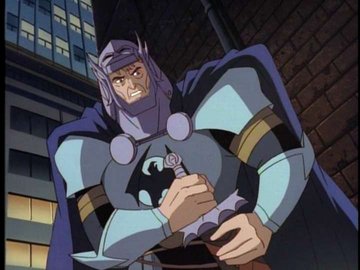 Guardian of the Eggs is the title that Princess Katharine bestowed upon Tom in 994, in his role as the protector of the last rookery of gargoyle eggs from the Wyvern Clan.

The "Eggs", as Tom continued to call them long after they hatched on Avalon in 1058, would often refer to Tom as Guardian while growing up. Tom still protects the Avalon Clan in this role on the island to this day.

By 2198, humans who desire to do so are being trained in Ishimura, Japan as Guardians, ones trained in the way of the Gargoyle. A young Nick Maza will join the Order of the Guardian, training as a Gargoyle Warrior, and embracing the Gargoyle Way of Protection and Service.

Though a connection certainly exists, how Tom's original title of Guardian of the Eggs would evolve into the Order of the Guardian is unknown.