The Beast Kingdom Action Figures are a series of action figures based on the Disney Afternoon that are being released by Beast Kingdom. 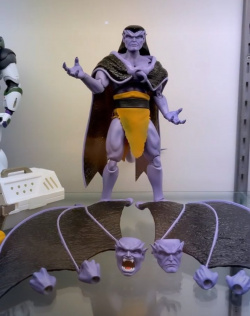 "I would build a great wall, and nobody builds walls better than me, believe me, and I’ll build them very inexpensively. I will build a great great wall around our Manhattan island and I’ll have Demona pay for that wall."