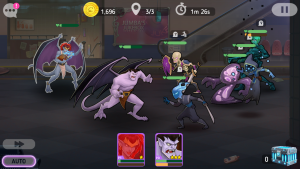 Demona’s “Grim Readings“ skill has her using a spell from the Grimorum Arcanorum against her enemies, and her “Always a Survivor” skill references her immortality by reviving her after she loses all her health points.