From GargWiki
(Redirected from Frakes, Jonathan)
Jump to: navigation, search 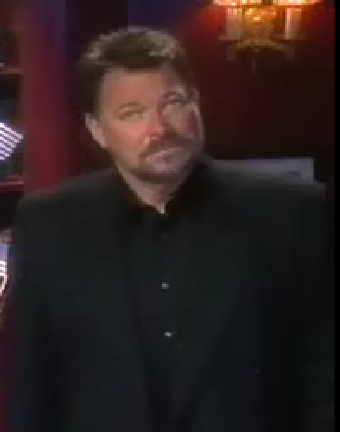 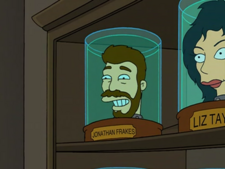 Jonathan Frakes is the voice actor who played David Xanatos on Gargoyles.

Jonathan Frakes is best known for his portrayal of Commander William Riker in the television series Star Trek: The Next Generation. Early in his acting career, he became a member of The Impossible Ragtime Theater in New York City and did his first off-Broadway acting in Eugene O'Neill's The Hairy Ape. His first Broadway appearance was in Shenandoah. At the same time, he landed a role in the NBC soap opera, The Doctors. When his character was dismissed from the soap, Frakes moved to Los Angeles, California and played guest spots in many of the top television shows of the 1970s and 1980s, including The Waltons and Steven Bochco's Hill Street Blues. He had recurring roles in Falcon Crest and the miniseries North and South, where he played Stanley Hazard of Hazard Iron, a weak man easily manipulated by his mother and wife, a character in stark contrast to the strong Commander Riker role from Star Trek.

He has done animation voice acting, most notably voicing the recurring role of David Xanatos in the television series, Gargoyles, and he provided the voice of his own head in a jar in the Futurama episode "Where No Fan Has Gone Before". He hosted Beyond Belief: Fact or Fiction and had a small, uncredited role in the 1994 movie, Camp Nowhere. Frakes also played the part of Charles Lindbergh in a 1983 episode of Voyagers! titled "An Arrow Pointing East".

His talents are not limited to the acting arts. Frakes appears on the Phish album, Hoist, playing trombone on "Riker's Mailbox". Indeed, Frakes occasionally performed on the trombone during his tenure as Commander Riker.

Frakes married soap opera actress Genie Francis on May 28, 1988. They live in Maine with their son, Jameson Ivor, born in 1994, and daughter, Elizabeth Francis, born in 1997. Frakes works with The Workshops, The Waterfall Arts Center, and The Saltwater Film Society, all located in Maine, where he teaches classes on film direction. He co-owns a home furnishings store with his wife in Belfast, Maine, called The Cherished Home.