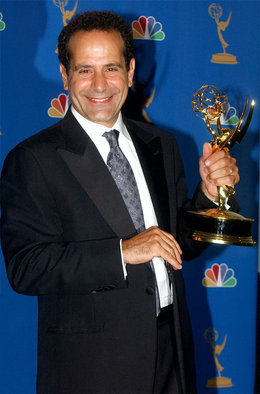 Anthony Marcus "Tony" Shalhoub (born October 9, 1953 in Green Bay, Wisconsin) is an American actor who provided the voice of the Emir in Gargoyles.

Tony Shalhoub is now most famous for playing the obsessive-compulsive detective Adrian Monk, the title character of the USA Network television series Monk, which debuted in 2002. For his work on the show, Shalhoub has won the Emmy Award for Outstanding Lead Actor in a Comedy Series three times (in 2003, 2005, and 2006), the Golden Globe in 2003 and a SAG Award in 2004 and 2005. During his work on Gargoyles, however, he was best known as the Sicilian cabdriver Antonio Scarpacci on the NBC television series Wings, a role he played from 1991 to 1997.