From GargWiki
(Redirected from Will-o-the-wisp)
Jump to: navigation, search 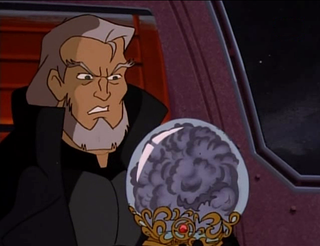 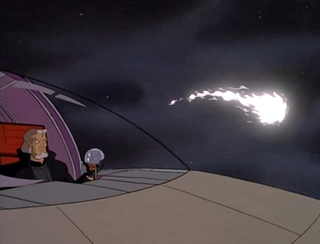 Will-o-the-Wisp are essentially living magical beings, and are related, though maybe only distantly, to the Third Race. [1]

In 1996, Macbeth conjured up a will-o-the-wisp to spy upon King Arthur and the gargoyles during the quest for Excalibur. The will-o-the-wisp took on the form of a small ball of light, and conveyed back to Macbeth whatever it saw and heard, including Arthur's conversation with the Lady of the Lake over the whereabouts of Excalibur. ("Pendragon")

Will-o-the-Wisps are the magical equivalent of everyday mortal animals (at least when humans are not putting themselves into that category). It is probable that will-o-the-wisps predate gargoyles and they most likely originated from the island of Avalon. [2] It is believed the Third Race may have "evolved" from creatures very much like the will-o-the-wisps. [3]

The spell that Macbeth used to summon the Wisp was:
"Spiritus, minitus, invustrus appares.
Tiny spirit of fire and light,
Find the ones I seek tonight."

Will-o-the-wisps are an element of British folklore, a sort of magical interpretation of the eerie lights found in marshes and caused by marsh gas. Other terms for the will-o-the-wisp include "ignis fatuus" (foolish fire), "corpse candle," and "Jack-o-lantern." These lights were believed to be spirits who would lead humans into quagmires and other treacherous parts of the marshes, and leave them there. The exact origin of will-o-the-wisps vary from legend to legend. Some make them the souls of infants who died unbaptized, while others portray them as the ghosts of people who were too sinful for Heaven, but who for one reason or another were unwelcome in Hell, and therefore were condemned to roam the earth forever, exiled from both places.