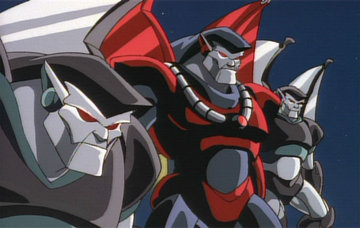 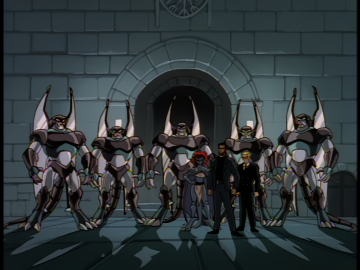 After creating the Steel Clan, Xanatos tested them out by having them attack Goliath's clan. Xanatos assumed that the robots' metal bodies, total obedience, and freedom from the need for stone sleep would make them superior to the real gargoyles. Fortunately, the programming of the first Steel Clan robots was simple enough that Goliath and the other gargoyles were able to destroy them with relative ease. ("Awakening: Part Five")

Xanatos built more, however, and continued to improve on their programming. During the time that he spent in prison, he had one of these robots attack Goliath, and draw blood from him. This blood was then used by Sevarius to obtain the cell samples needed to create Thailog. ("Double Jeopardy") When Xanatos clashed with the gargoyles at the Statue of Liberty and the George Washington Bridge following his release from prison, he was accompanied by fresh Steel Clan robots although they were soon defeated. He also used them to frighten the citizens of New York while he himself (in a new exo-suit armor that looked nearly identical to a Steel Clan robot except for the coloring) stole the Eye of Odin from the Museum of Modern Art and to help spread the hypergolic gas needed to break Demona's "stone by night" curse throughout the sky over Manhattan. ("The Edge", "City of Stone") 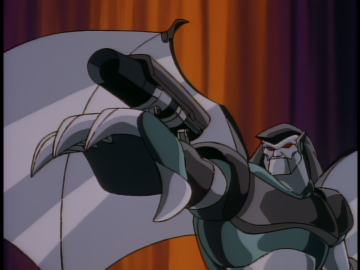