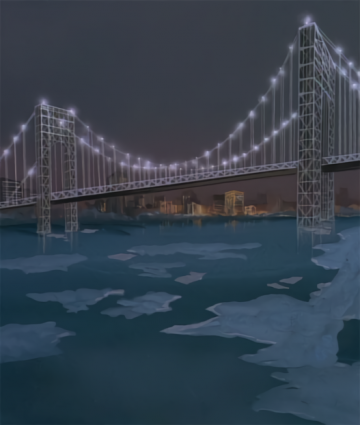 The George Washington Bridge over the Hudson River.

Hudson River, called Muh-he-kun-ne-tuk in Mahican, is a river running mainly through New York State but partly forming the boundary between the states of New York and New Jersey. It is named for Henry Hudson, an Englishman in the employ of the Netherlands, who explored it in 1609. This river inspired Hudson's name, and was the site of the battle between Coldstone and the Manhattan Clan, as arranged by Demona and Xanatos. ("Awakening Part Three", "Reawakening")