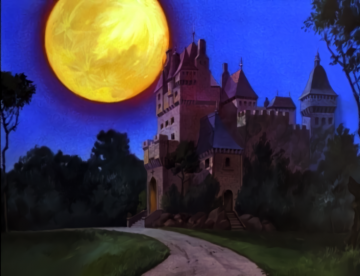 Macbeth's Mansion is located in the north of Manhattan and is Macbeth's home and headquarters in New York. 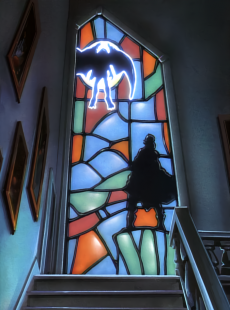 Macbeth's home is a large, castle-like mansion. It features a library, a hanger large enough for at least three aircraft, a weapons room, secret passages and a dungeon. It also features a well armed security system, which include anti-aircraft cannons.

A unique feature is a stained glass window featuring Macbeth and Demona.

The mansion was burned to the ground in "Enter Macbeth" but was rebuilt by the time of "A Lighthouse In the Sea of Time".

By 2198, Macbeth would no longer live in New York, effectively retiring from the world. [1][2]