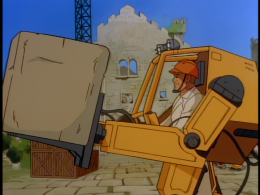 The construction exo-frame has been used by employees of Xanatos Construction to load pieces of Castle Wyvern for transport as it was being disassembled. ("Awakening Part Two") 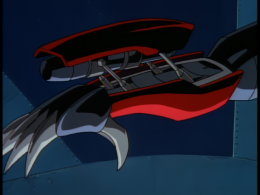 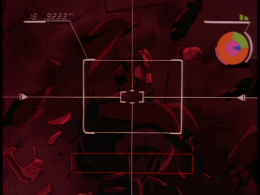 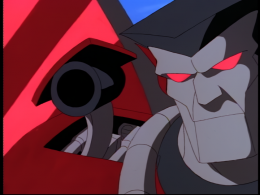 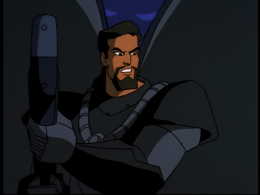 Xanatos also had an Iron Clan variant of the armor made specifically to combat Oberon. ("The Gathering Part Two") 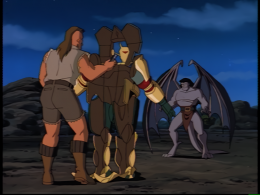 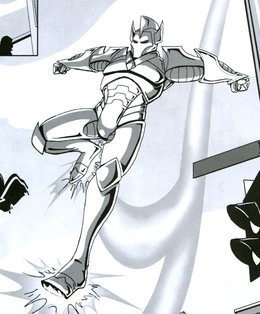 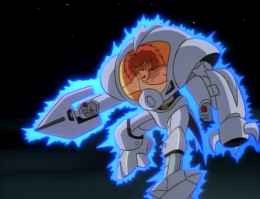 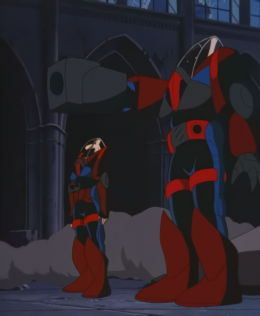 Both Jon Canmore and Robyn Canmore donned exo-frames when they attacked Demona at Saint Damien's Cathedral.