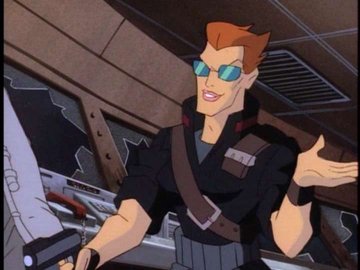 Fleance, along with Banquo (who she once dated), assisted Macbeth in at least two of his activities: stealing the Scrolls of Merlin, and aiding him on his quest for Excalibur. ("A Lighthouse in the Sea of Time", "Pendragon") They also were present at his wedding to Dominique Destine in Paris. ("Sanctuary") Fleance and Banquo are aware of Macbeth's true identity as the Macbeth.

Later on, Fleance and Banquo left Macbeth's service, and went to work for Castaway (an ironic choice, in view of Castaway’s descent from Duncan and Canmore). They helped him set up the Quarrymen and train his recruits, and fought Goliath and Elisa alongside him. ("Nightwatch", "The Journey")