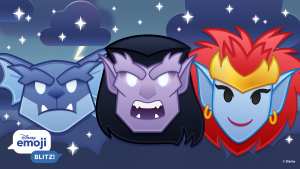 Emojis of Bronx, Goliath, and Demona.

Emojis of Goliath, Demona, and Bronx were introduced to the game in September 2020 as part of the Gargoyles Item Card Event.