From GargWiki
(Redirected from Illuminati Society)
Jump to: navigation, search 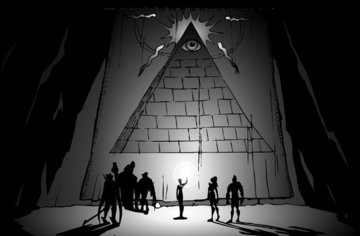 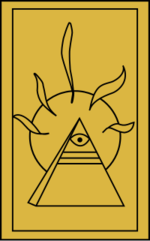 There are thirty-six ranks within the Illuminati. At the very top is Peredur, the mysterious number one. The second rank is composed of Mr. Duval and Quincy Hemings. Each succeeding rank contains a number of members equal to the number of the rank (so that there are thirty-six members in the thirty-sixth rank, for example); this means that the total number of Illuminati would be six-hundred-sixty-six. (the Number of the Beast in the Book of Revelation). Not all slots are always filled. [10] New members always start at the bottom before working their way up. [11] Members across the centuries have identified themselves as fellow Illuminati with rings, tattoos, and/or lapel pins featuring the Society's symbol (tattoos, in particular, fell out of favor largely because of the risks they pose when it comes to deniability). [12] When Illuminati members hold secret meetings, they open proceedings by stating their rank numbers. ("Masque")

The Illuminati has also actively discouraged various conspiracy theorists over the years. [13] Matt Bluestone's own efforts to expose the Society while an agent at the FBI was (at least, initially) thwarted when Illuminatus Martin Hacker became his partner to guarantee Bluestone only investigated wild goose chases.

The Illuminati is unaware of precisely how many gargoyle clans currently exist. [14] 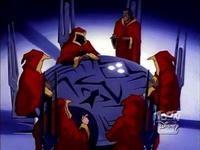 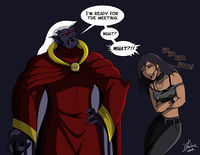 Greg Weisman has figured out which characters play a significant role in the Illuminati in Gargoyles, but reserves a few slots for moments of epiphany. [16]