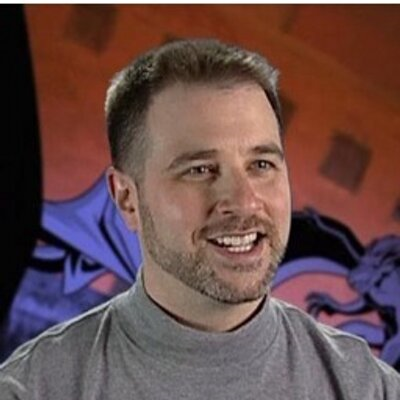 Greg voice directed the English dub of the Japanese anime video series 3x3 Eyes in 2001 and the 2003 original DVD Movie, Atlantis: Milo's Return. Greg also produced and story edited the second season of W.I.T.C.H. as well as The Spectacular Spider-Man (based on the classic Marvel character) for Sony/Culver Entertainment, which aired on KidsWB in March, 2008. In November 2010, Young Justice first premiered, an animated series Greg Weisman produced based on DC comics’ various “sidekick” heroes.

More recently, Greg was one of three Executive Producers for the first season of Lucasfilm and Disney's Star Wars Rebels. On top of that, his first novel (of a planned series), Rain of the Ghosts, was released in 2013. Greg is the writer for two Marvel comics: Star Wars: Kanan and Starbrand & Nightmask. In addition to writing the Scholastic and Blizzard series, World of Warcraft: Traveler, he also worked on the novel Ravinica for Magic: The Gathering. [7][8] But so far, nothing in his professional life has topped GARGOYLES.