From GargWiki
(Redirected from Reaves, Michael)
Jump to: navigation, search 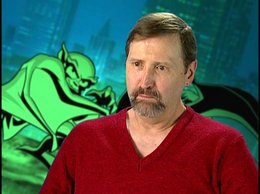 His credits include Gargoyles, Batman the Animated Series, Dungeons & Dragons, Invasion America, Star Trek the Next Generation and countless other projects.

He appeared in the behind the scenes featurette of the VHS Gargoyles The Movie: The Heroes Awaken.