On March 25th, 2021, NECA announced on Twitter their Goliath action figure. [1] On June 15th, they announced that the response had been overwhelming and that they intended this to be a full line [2], and on November 2nd, they announced that "thirteen" figures were completed with plans to display them at Toy Fair in February, 2022. [3] When asked about their thoughts behind the look, they explained that action figures had come a long way since 1994 and wanted to modernize the looks with more detail and anatomy. [4]

At 12:01 am, on June 25th, 2021, NECA posted a stop motion animated commercial for their Goliath action figure, by D.M. Galloway. The commercial also featured the first glimpse of NECA's Demona action figure. [5]. Demona was later officially announced, alongside Thailog on July 19th, 2021. [6] On July 23rd, 2021, it was announced that eight more figures were completed for a 2022 release [7] with even more than that planned. [8]

On October 13th, 2021, NECA announced that additional pieces for gargoyles such as closed wings and other larger bonuses will be packed with smaller figures such as humans and Lexington. [9] 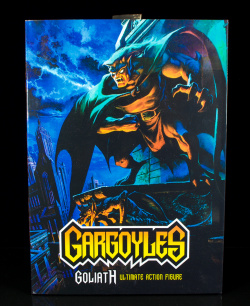 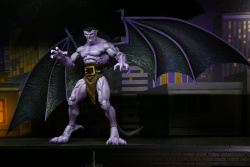 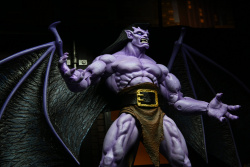 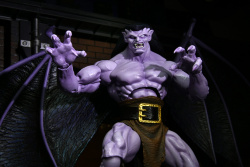 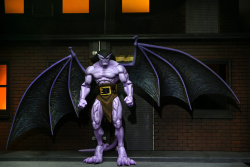 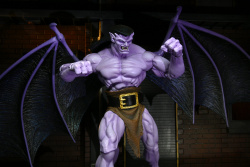 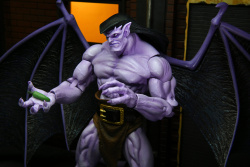 The time of the Gargoyles has come again! Arguably the best gothic cartoon of the 1990s, Gargoyles followed an ancient clan of gargoyles transported to modern-day Manhattan when their Scottish castle is relocated.

Leader Goliath joins the Ultimate line with an appropriately large 8" action figure, with a wingspan of 16 inches! The Disney's Gargoyles Ultimate Goliath figure features full articulation, including on wings and tail, and comes with plenty of accessories: wings, jalapeno pepper, book, and interchangeable heads and hands.

The figure was sculpted by Djordje Djekovic, painted by Jon Wardell and Geoffrey Trapp, and the packaging was designed by Chris Raimo. 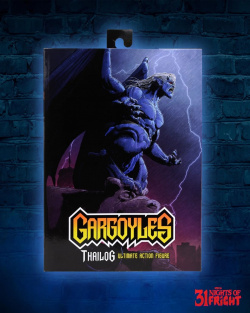 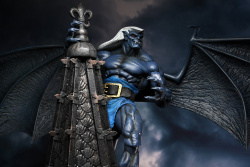 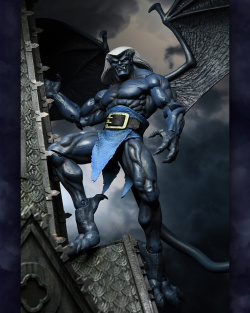 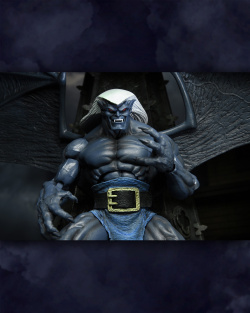 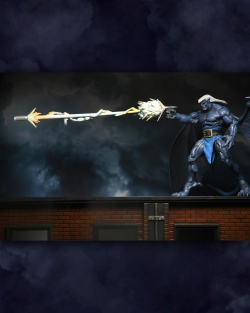 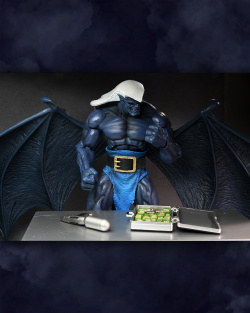 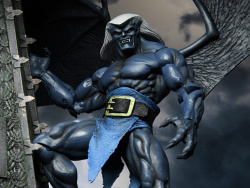 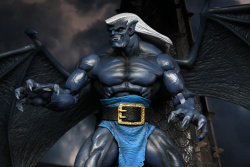 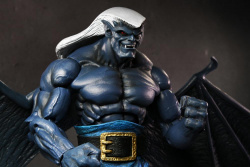 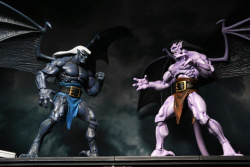 The time of the Gargoyles has come again! Arguably the best gothic cartoon of the 1990s, Gargoyles followed an ancient clan of gargoyles transported to modern-day Manhattan when their Scottish castle is relocated.

Thailog was created with genetic material stolen from clan leader Goliath - as a result he is just as strong and intelligent but utterly evil thanks to Xanatos' subliminal indoctrination. The Thailog action figure measures 8 inches with a wingspan of 16 inches! The figure features full articulation, including on wings and tail, and comes with plenty of accessories: briefcase with removable money, flare gun, and interchangeable heads and hands.

The second figure in the line, Thailog, is a re-paint of the initial Goliath figure. He features a more malevolent character portrait, a flare gun, a brief case containing $20 million in cash, and a key; all of these references to his first appearance in "Double Jeopardy".

The figure was sculpted by Djordje Djekovic, painted by Jon Wardell and Geoffrey Trapp, and the packaging was designed by Chris Raimo. The cover illustration was by Tristan Jones. 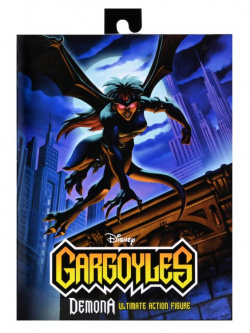 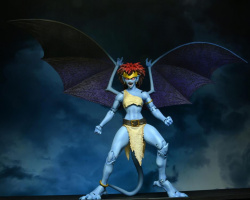 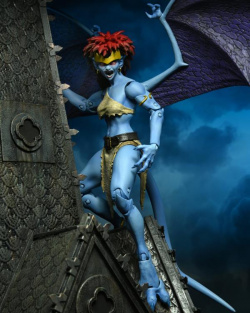 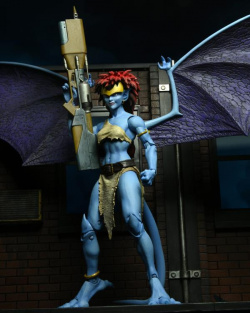 The third figure in the line, Demona features alternate portaits: a sly, scheming smirk, and a growling face with glowing red eyes. Clawed hands, fists and one weapon holding hand. She also features an articulated Grimorum Arcanorum as seen when she acquired it in "Temptation" and "Phoenix". She also comes with two guns: the bazooka she nearly murdered Goliath with during their iconic confrontation at the climax of "Awakening Part Five" and the particle beam cannon she carried during "Long Way to Morning" and "Reawakening". 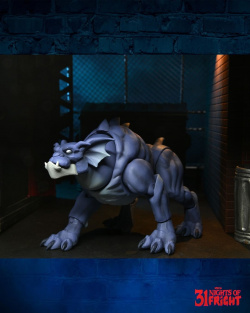 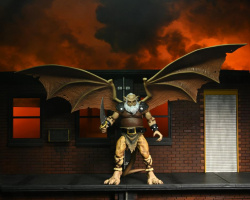 The fifth figure in the line, more details will be available in Spring, 2022.