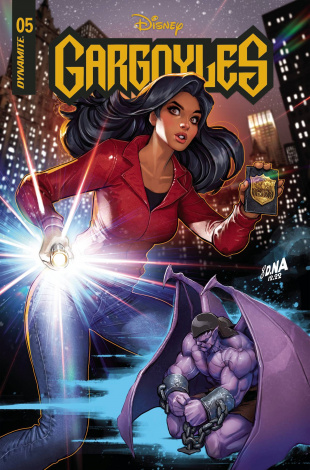 The fifth issue of the Gargoyles comic by Dynamite Entertainment is anticipated to be released April 12th, 2023.

Goliath - prisoner! Hudson is forced to stand down as Goliath is captured and taken away. Determined to rescue Goliath, Brooklyn takes command of the Clan. Meanwhile, Dino Dracon's plans proceed apace...