From GargWiki
(Redirected from Jacob's Pillow)
Jump to: navigation, search 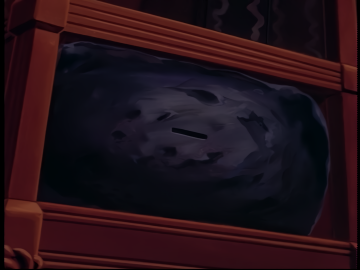 The Stone of Destiny 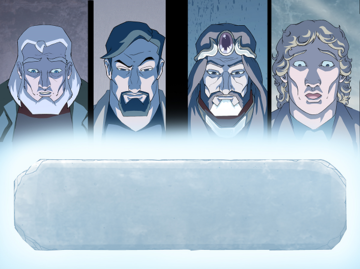 The Stone of Destiny (also known as Jacob's Pillow, the Hebrews' Sacred Stone, the Lia Fáil and the Stone of Scone) is a great stone upon which the Kings of Scotland, including Constantine III in 995 and Macbeth in 1040, were traditionally crowned.

According to legend, the Stone of Destiny was used by Jacob as a pillow when he camped at Bethel, while fleeing from Esau after tricking the latter out of his birthright; as he slept, he had a vision of stairs leading up to Heaven and angels ascending and descending. The stone became a sacred object to the Hebrews, and entered their keeping until the time of the Exodus, when Moses entrusted it to the Athenian prince Gathelus and his wife Scota, urging them to flee Egypt in order to escape the Ten Plagues. They took the Stone with them on their various journeys, first to Samothrace, then Portugal (where Gathelus died), and finally Ireland, where Scota was slain in battle with the inhabitants; her eldest son, Eremon, was crowned upon the Stone at Tara. ("The Rock")

An alternate version of the story claims that Moses and the Hebrews kept the Stone during the Exodus, and that it was the very stone that Moses struck to provide the Hebrews with water when they were thirsty. Many centuries later, the prophet Jeremiah and Princess Tamar Tea Tephi of Judah brought the Stone with them to Ireland, where Jeremiah gave it to King Eochaid as Tamar's dowry. Eochaid set up the Stone at Tara and called it the Lia Fáil. The true nature of the Stone of Destiny (see below) suggests that these stories are not mutually exclusive. ("Rock & Roll")

A few centuries later, Cu Chullain angrily split the Lia Fáil in half after it refused to acknowledge his friend, Lugaid Red-Stripe, as King of Ireland. Around the year 500, the Irish prince Fergus took one half of the Stone with him to Scotland to found the kingdom of Dalriada, but during his journey, was brought to Castle Carbonek, where he met Merlin and King Pelles. They persuaded him to lend them the Stone, which they took to London town; there, the young Arthur Pendragon drew Excalibur from it and was crowned High King of Britain. ("Rock & Roll")

After Arthur's coronation, Merlin and Pelles returned the Stone to Iona; St. Columba died there resting his head upon the Stone. In 843, Kenneth mac Alpin was crowned upon the Stone at Scone as the first King of Scotland; thereafter, the Stone was used for the coronation of every new king of Scotland (including Indulf, Constantine III and Macbeth) until 1296, it was captured by King Edward I of England (1272-1307) in his invasion of Scotland, and removed to Westminster Abbey in London, where it was placed underneath the Coronation Chair. After the Battle of Bannockburn, Robert the Bruce gave a piece of it to his Irish ally, Cormac Maccarthy, who took it back home with him; it became the Blarney Stone. In 1950, on Christmas Day, a group of Scotsmen, including Macbeth, stole the Stone from Westminster Abbey, but inadvertently broke it in half in the process. They took it to Arbroath Abbey, where Macbeth tried mending it, only to be told by the Stone that while it appreciated his care about the damage, the overall act of seizure was pointless. Soon afterwards, the Stone was returned to Westminster Abbey. ("Once Upon A Time There Were Three Brothers...", "Avalon" Part One, "The Rock", "Rock & Roll")

When King Arthur came to London in early 1996, following his awakening upon Avalon, he and Griff encountered the Stone of Destiny at Westminster Abbey. The Stone spoke, telling Arthur that he must prove himself once more worthy of Excalibur, and sent him and Griff to New York for that task. ("Pendragon")

Later that year, in November, the Stone was officially returned to Scotland. The Illuminati instructed Xanatos to steal the Stone for them; Xanatos recruited Coldsteel to assist him, teaming him up with Coyote 5., a Steel Clan robot, and an Iron Clan robot. Macbeth and King Arthur sought to foil Xanatos, with the aid of Hudson, Lexington, Griff, Constance, Staghart, Coldstone and Coldfire. While they defeated Xanatos's agents, Xanatos stole the Stone at Coldstream Bridge, substituting a duplicate stone. He then turned it over to Blanchefleur, who took it to Castle Carbonek to present to Peredur. There, however, the Stone spoke to Peredur, telling him that the stone was just a mouthpiece for its true nature, the Spirit of Destiny, a force too powerful for any mortal to possess or command. It also informed Peredur and Blanchefleur of Arthur's awakening on Avalon. After Peredur left to inform the upper echelon members of this unexpected development, the Stone and the Holy Grail exchanged greetings. ("The Rock", "Rock & Roll", "Rock of Ages") 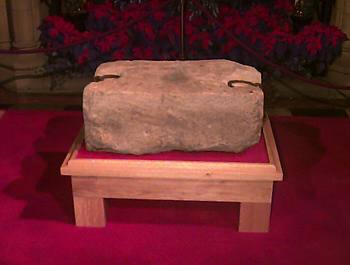 The Stone of Destiny

The Stone of Destiny, more commonly known as the Stone of Scone, is a real object. Legend claims that it originally came from Ireland, where it was known as the Lia Fáil and kept at Tara, the traditional stronghold of the Irish High Kings. It would scream aloud whenever the rightful High King of Ireland stepped upon it. Some legends state that it was first discovered by the legendary King Conn of the Hundred Battles, or that it was brought by the Tuatha Danaan (the Irish faerie-folk) from the city of Falias (one of the four cities that they originally dwelt in before coming to Ireland); others, influenced by Christianity, make it Jacob's pillow-stone at Bethel - as per the account given in "The Rock" - brought to Ireland either by Scota or by an eastern princess named Tea in 585 B.C. (both versions alluded to in the comics).

The Stone of Destiny was removed from Ireland, according to legend, in the early 6th century, when it was loaned to the rulers of Dalriada, a kingdom established by Irish settlers in what is now Argyll, Scotland, who never returned it. They kept it at Iona, their sacred center, until 843, when Kenneth mac Alpin, then King of the Scots of Dalriada, seized control of Scotland from the Picts and became the first King of Scotland. Kenneth then moved the Stone to Scone, where it remained until King Edward I took it to England in 1296. It remained in Westminster Abbey (except for the 1950 theft) until 1996, when it was returned to Scotland.

The Stone of Scone was indeed part of the coronation ritual of the Kings of Scotland, as per the series.

The Stone of Destiny's identification with the very stone that King Arthur pulled his sword from is an invention of the series, although many Arthurian scholars believe that the two stones might be thematically linked. This is the only part of the Stone's legendary history narrated by Shari in the comic book which was Greg Weisman's invention.

In its grand speech at the end of "Rock of Ages", the Stone listed its various aliases. Many of these were actual names applied to the Stone over the centuries, but there are a few exceptions. Among these: